Blagodarnost II was first at the finish line

It was August 7th at 7.00 p.m., when Russian skipper Sergei Pavlienko at s/y Blagodamost II was the first one to cross the finish line in this edition of Sailbook Cup Regatta. The Błagodamost’s crew is international, there’s also two Poles on board. The boat is a type of Eljot 45, fastest yacht floating in our parts of the Baltic Sea, which contains water tanks on the boards – thanks to that, the yacht is more stable in strong winds. It’s a typical racing yacht. 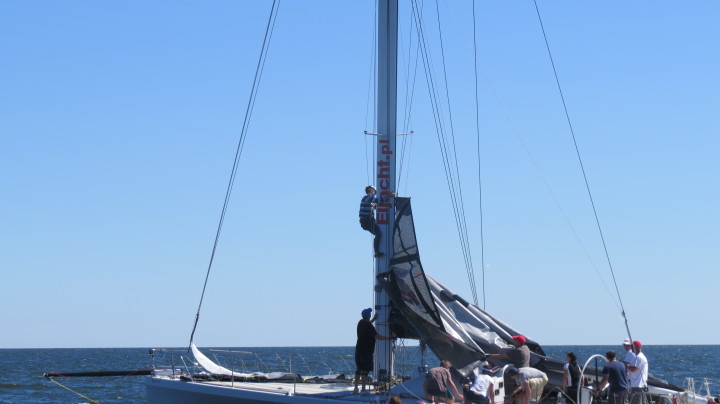