At 10th October we ended SailBook Cup Regatta 2015 officially. The ceremony was also combined with a recapitulation of the Grand Prix of the Vistula Lagoon. Marshal’s Office of Warmia and Masuria, partner of the regatta, took care for the presentation of awards for Long Distance Polish Maritime Champions.

Representatives of the most of the crews appeared in the Stary Młyn hotel. In addition, there were also partners and sponsors of the regatta. More than a hundred of invited guests, with Jerzy Wcisła among them, Jerzy Wroński, chairman of the Elblag Regional Yachting Association, representatives of City of Sopot and Pomorskie Voivodeship authorities – co-organizer of the event.

After greeting, Mr. Wcisła spoke to the audience about the characteristic of the water resources of the region, told about past successes in popularization of the regional water tourism and about development plans. He also stressed, that events such as SailBook Cup are a great opportunity for local governments’ cooperation, and for the sailors, who usually are sailing in the bay, great opportunity to explore the Baltic Sea. He invited all maritime sailors to explore Vistula Lagoon, use the infrastructure of the Żuławy Loop and to participate in numerous events organized in these waters. SailBook Cup was presented as a joint success and an example of well organized water event, where the good atmosphere and the participants are placed in the first place. For our part, we can declare that in subsequent editions it won’t change. 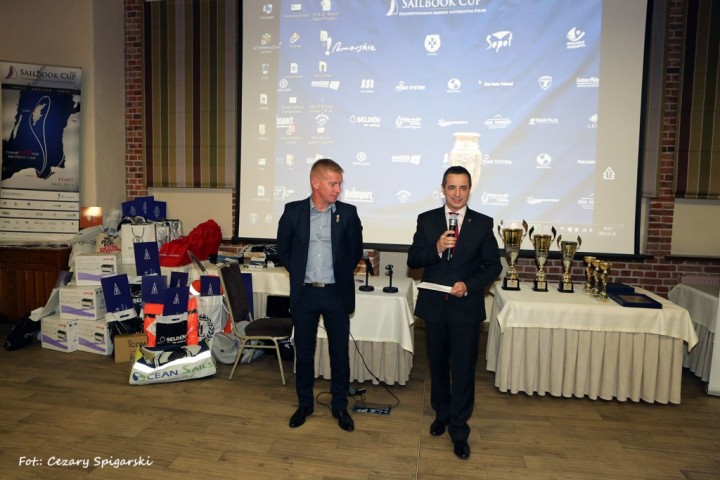 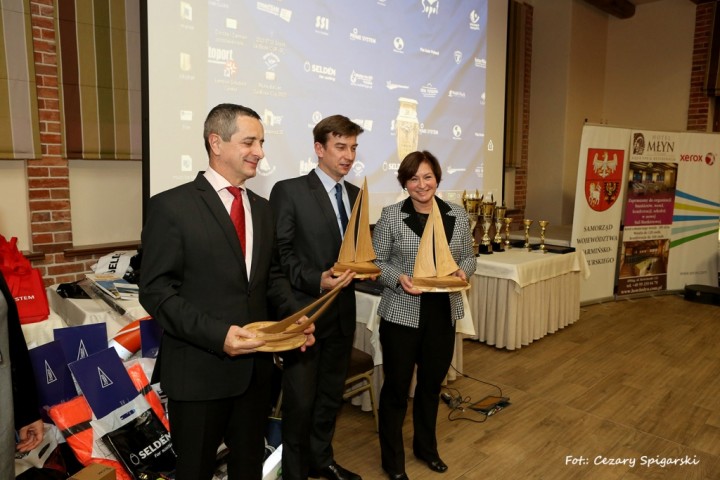 Mrs. Regina Czymbor announced the second part of the evening by inviting Commander of the race and Ola Warecka – his right-hand man – to took over the command. It was the part of the official end of the SailBook Cup regatta, which was more sociable than you might expect. We thanked the co-organizers, sponsors and partners for their invaluable contribution in the realization of this event by giving them commemorative statuettes. Then, we awarded the winners of the first leg from Sopot to Visby and gave a special prize. The fair play statuette went to the skipper and the crew of yacht More, who resigned from their own result in the race to help the other team, which lost the rudder.

In addition, the award went also to: Bartek Czarciński (the only solo entry in this edition), a yacht and the crew of Oiler.pl (the fastest yacht of the regatta in absolute time) and Monika Kwiatkowska in the honorable function the ambassador of the regatta.

The presentation of the major trophies was combined with awards for the medalists the Long distance Polish Marine Champions. Gold medals received: the crew of Quick Livener in class ORC 1, the crew of 2 easy in class ORC 2, the crew Good Speed in class KWR, the crew Arbitrator in class Open (all results are available at http://regaty.sailbook.pl/en/scores-2015/). We are enormously proud and happy – after all, we have almost a hundred of new Polish Maritime Champions.

Jacek Zieliński won a silver SailBook Cup cup, but it’s not his name was immortalized on the prize. „We decided to dedicate this victory to Leo – his struggle with the disease still guided us during the preparations for the 5th edition of SailBook Cup. Leo! We engraved your name on the cup, wishing you to go back to health and when you will be a little bit older, you will fulfill your dreams!” – Jacek said during his short speech. Jacek decided to give his second statuette to the School and Education Center in Damnica for the 60th anniversary of the institution.” 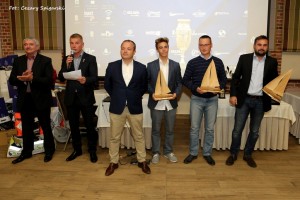 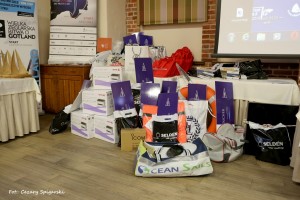 Each crew, that completed the race, received prizes donated by the sponsors of the regatta with a total value of 40.000 PLN. Traditionally, participants got their prizes after drawing.

In the evening, at the end of the SailBook Cup ceremony, took place the premiere presentation of the movie, made by Monika Wiater, which was filmed on board of the yacht Four Winds, on Gotland and in the Baltic Sea. You must admit, that despite of many acknowledgments and prizes awarding went extremely well and the speeches were kept to a minimum.

The last part of the evening, the summary of the Grand Prinx of the Vistula Lagoon, was held after a short music break. Jerzy Wcisła and Henryk Wronkowski, the chairman of ERYA, handed the trophies. They were delighted by the achievements of the crews during the Long distance Polish Maritime Championships and invited the young generation of sailors to participate in the competition, just like participants of SailBook Cup did. In the end, Konstantin Małecki, the representative of the Kaliningrad Sailing Federation, expressed his satisfaction with international cooperation with Polish sailors. Then, the guests were invited to an informal part of the evening – the premiere presentation of photos from the race made by Kuba Niewiński in the rhythm of shanties sang by Marek Józefów.

As the organizers, we would like to thank our guests for the nice atmosphere: officials, the participants of the regatta and all supporters. Special thanks go to those, who came from distant regions of Poland (including sailors from Wroclaw and Krakow). A time counter is already counting to the next adventure – 16.07.2016! We invite you for the next training with the wild boar and the next day, traditionally at noon, SailBook Cup 2016 will begin. Current information will be published on www.sailbookcup.pl.

Sailbook Cup regatta was held in 2015 with the help and cooperation with numerous institutions and companies: 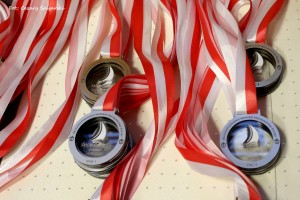 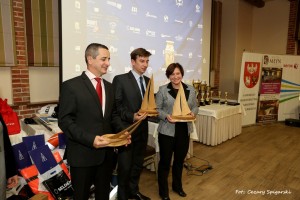 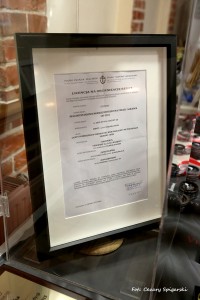 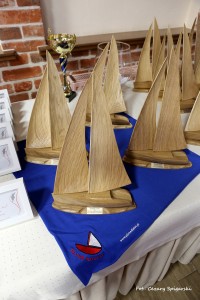 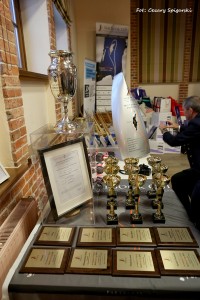 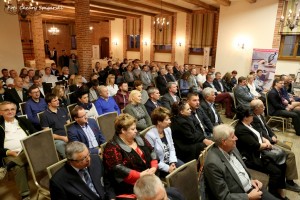 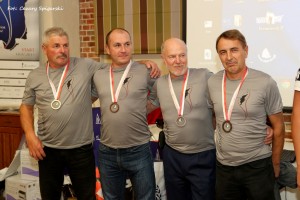 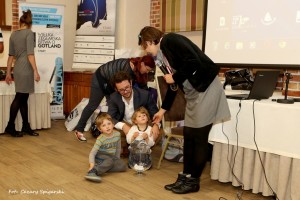 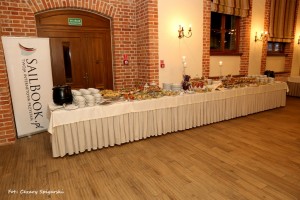