Not for the trophy, but to break the curse

This year, the regatta has another goal. Help us to break the Course! 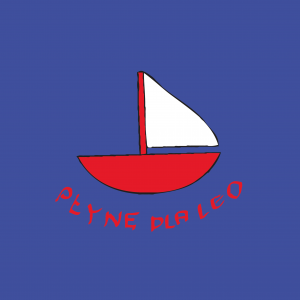 We decided to help raise funds for the development of research into the disease known as Ondine’s curse. In Norse mythology, Ondine is the water nymph, who lured young boys with her songs to drown them. Today, Ondine’s curse is a lethal disease associated with insufficient supply of oxygen to the body.

On the occasion of the fifth edition of the regatta SailBook Cup, we will try to remove this nasty curse of Norse goddess.

All proceeds from the download apps from our regatta satellite Tracked by Yellowbrick will be donated to the Foundation’s account.

More about the Ondine’s curse

Ondine’s curse is most commonly used to refer to congenital central hypoventilation syndrome – it’s a rare, genetically determined, a potentially deadly disease. Patients afflicted with this syndrome suffer from respiratory arrest during sleep.

In normal conditions, we do not control breathing consciously, our body’s autonomic nervous system controls it. This control is accomplished through the levels of gases in the blood including the amount of oxygen and carbon dioxide.

Children with CCHS have impaired responses to abnormal concentrations of oxygen and blood levels of carbon dioxide and the neurological feedback mechanism that monitors them, do not react quickly enough to maintain an even respiratory rate, which result acidification of the body and death. There’s about 1200 people in the world with CCHS.

Leo was born on 16 December 2010 with congenital central hypoventilation syndrome (CCHS). As soon as he falls asleep, Leo must be connected through the tracheotomy tube to a respirator. He requires constant supervision and care – both day and night, constant rehabilitation and medical care. Probably, when he will be older, it will be possible to implant him a diaphragm pacing system, so he won’t need to use a respirator anymore.

You can find all information about Leo on the website Leoblog and on Facebook Akcja Pomocy Dla Leosia. Leo parents are international coordinators for the CCHS Foundation in Poland.

The movie “Our Curse” 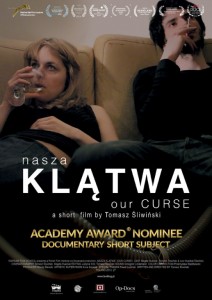 There’s a movie about the disease of Leo (directed by Tomasz Śliwiński, Poland, 2013, 27 minutes), which is a personal statement by the director – he and his wife have to deal with this very rare, incurable disease of their newborn child. During the movie you can see the process of anxiety associated with the disease. The history of movie characters is described on the blog: www.leoblog.pl. The production was awarded at numerous festivals and nominated for an Oscar.

The film is available on the platform of the New York Times Op-Docs.

You can also help by transferring 1% of the tax: