I have to allow myself to begin this watch report with a short introduction. Names and surnames are not random, but what appears here is a little bit of fantasy, I’m saying just in case if someone would like to accuse us, that our reportage is passing the truth J It’s just imagination of the youth, feel jealous about it! Enjoy! 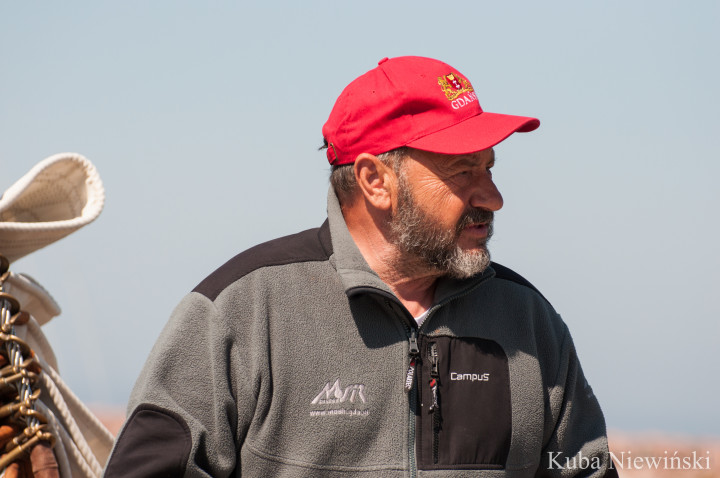 It was a long time ago, none of you had any idea what the bowsprit is, when captain Jaszczuk ran all over the yard harassing the girls and Mr. Boatswain was thinking of the area of the circle formula. In the hut, near the forest edge, lived a family of five – mother with her four sons. Why are we talking about it? What terrible things had to happen, if even TVN talks about it? Horrible and violent separation… Why? By whom? For what purpose? How? Till now, no one knows… However, this story has something more to offer than frightening with Baba Yaga and warning from go out to the woods alone. Well, as the time has shown, the fate gave another chance to the family. 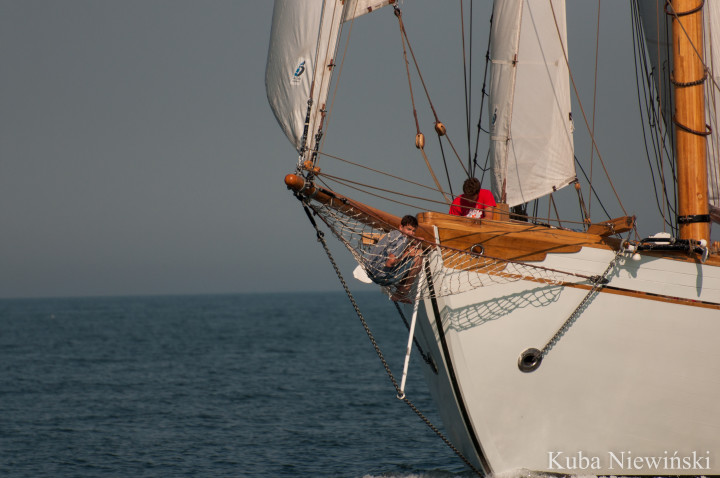 Gdansk, Sienna Marina Causeway, Na Stępce St. at number 6, the yacht Generał Zaruski. The five meet on board and begin the journey, that has changed not only themselves, but also the other crew members. Or maybe someone else? It may have to change the world, and this yacht forever?

The race – this is how they are supposed to meet on the boat. Will they succeed? Does the future holds another trick? Take a listen to the story and you will get the answer…

The plan is simple: Gdańsk – Visby, lap around the Gothalnd. Who else’s on board? From this moment, nothing can save the family – just water, water, oak, pine and mahogany. Well, a little bit of iron, too. All those things together, named by yacht, ship, boat or sailing ship, are going to change the family forever (from now, their pet name was „3rd watch” to the evil slave-drivers).

Pull! Choose! Where are you going? Sail alarm! Everyone suffers from a lack of sleep. Hands are bleeding. Headache. It’s nothing! Midnight. She emerges from under the deck. The evil witch. Marika. Why she’s so terrifying? Maybe it’s because of the curse or an evil spell? According to the legend, one sunny day, Chinese lord Zong Zong Yao, also called Michael the Terrible, cast an evil spell on her. Since then, she wakes up at every midnight for four hours just to torture and mistreat the members of other watches, also those from the 3rd watch, our dearest family. Don’t sleep! Come off! Whet! Put the topsails! But it was nothing! She called out our family, even though it wasn’t their watch. Why them? Is there no mercy for them? How will it end? 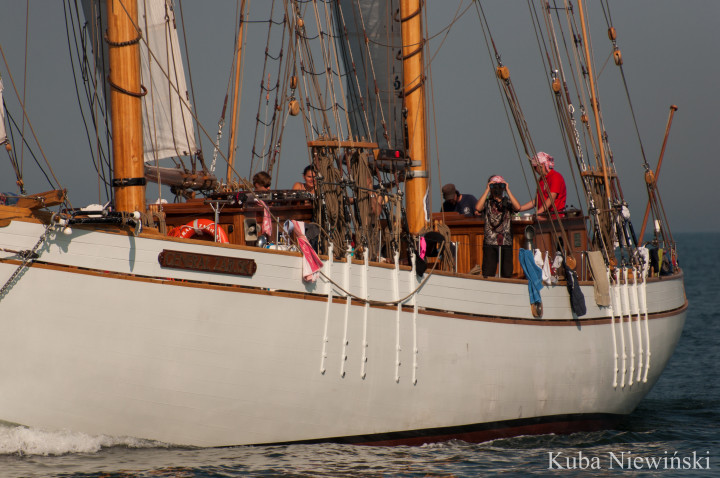 Yuck, something stinks..! Pumping, pumping! Bucket after bucket! They’re even getting hurt by the other crew members. Injustice after injustice… Now, you cannot even use the bathroom… Is this a coincidence? No, I don’t think so. It was ovetherown! Fortunately, we handled the problem. However, the spell of uncertainty is still present in the toilets… Land! Earth on the horizon! Harbour! Visby! Hooray! There’s still a chance for us. Maybe there’s something, or someone, who will help them to change their fate? 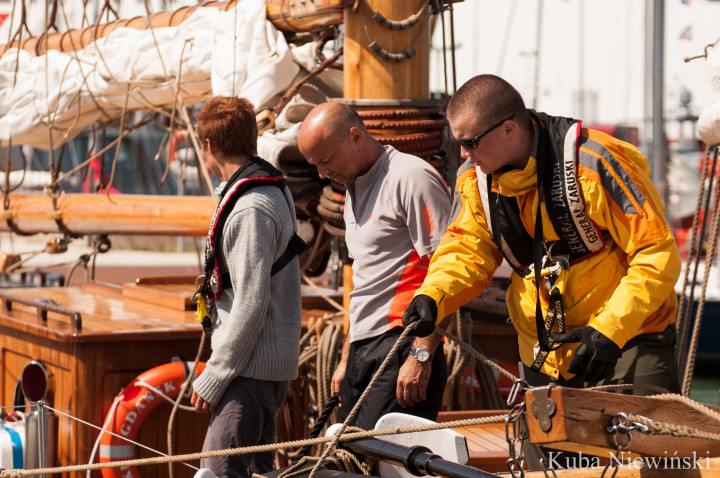 Two days passed without uncertainty, fear and Marika, the witch. At first we visited the local healer, Ronald McDonald, who cured all superficial wounds and watered with the elixir of life, Coca-Cola. Then, they visited the local craftsmen, to buy some luxury artifacts from Sweden. There would be no end, if not those words – live action games. For his own amusement, Archduke Piotr, one of the drovers, decided to organize a competition, consisting scattering the rames made of stone all over the town. There was no way to do that. He was sure about that, so he offered a great prize – dinner, in one of his mahogany chambers and he was going to serve. It was a huge mistake! Our brave family managed with his task and they outfoxed Piotr. Now, they only have to wait for the promised dinner. 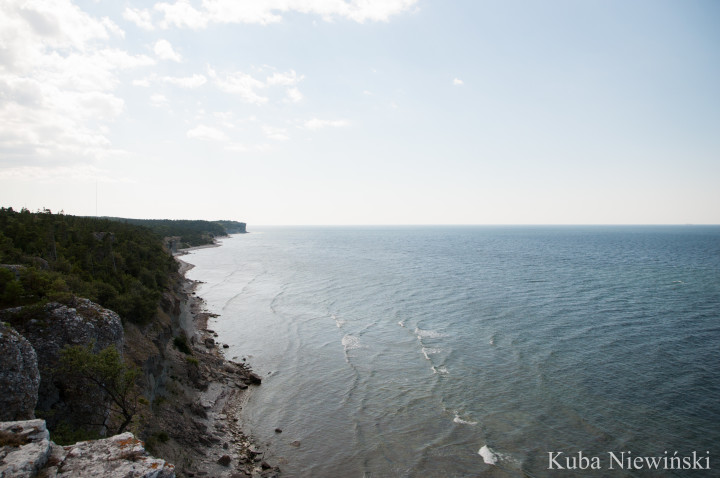 All good things must come to the end. After two days of waiting in the port, the skipper decided it was a time to go back to the sea. However, the family members hoped, that tall those unexpected events will impact positively in the situation on board. Fortunately, this time they were right. The next day, after a wonderful dinner made by family, you could see some positive changes in drovers behavior, which wasn’t the effect of pseudopea form herbalist Jake from Visby.

We organized some competition for the crew and they enjoyed it, even the Archduke Piotr took a part in it. However, boatswain didn’t like it, so he splashed everyone with cold water from the Baltic. They fell into the water and had to return on board. But, unfortunately, they were struck by the lack of the wind. Ahmed al Hatas, named Adam, tired to get some wind and he detonated a bomb on board. Instead, the shrapnel started the engine and we were kicked from the race.

However, the best it was yet to come. Archduke Piotr and his colleagues, the drovers, prepared a wonderful dinner for the family and the rest of the crew, which was served by the Duke himself, and finally, the family could feel as good as before. 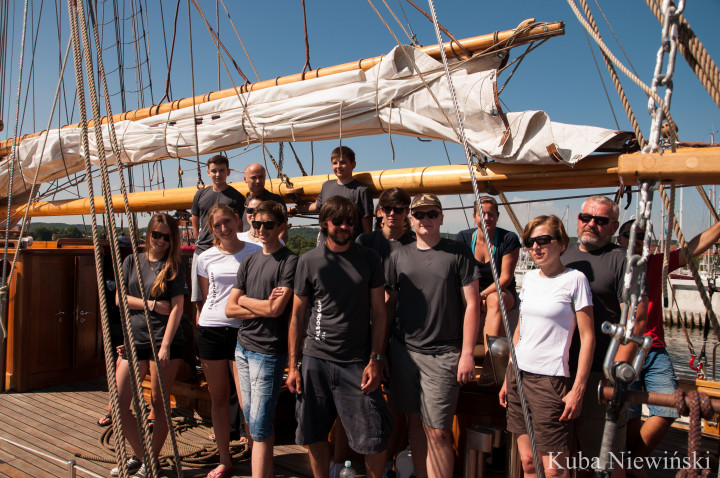 So, our story slowly reaches to the end. Our brave five changed for better the officers, the yacht and everything, that had to be changed. Perhaps, they are still sailing, heading back to their port, hoping that the yacht will work as well as now and they still will be able to change the world.

p.s Still, the witch gets up at midnight.