This year we will face the 600 miles of sailing around the Isle of Gotland and our journey will be extended by Gdansk Bay – the route of the Corsair Cup race.

Main trophy – the Cup –has been reconstructed with large help from the Pomeranian Sailing Association. POZŻ also decided to fund this precious trophy for 90. anniversary of Polish Maritime Club. This award will go from hand to hand, and will be exhibited in Baszta Łabędź – headquarter of PKM.

We also decided to dedicate Corsair Cup Race to Grzegorz Pettke (Polish sailor) who died recently. It’s our way (all sailors and PKM) to express our respect for the late colleague.

For the first time, round-the-Gotland race participants will have an opportunity to take part in both races at the same time: one start line, two finish lines. And what’s more important – it’s going to be circa 100 hours of heavy fights between opponents.

I would like to thank our supporters for helping us to restore real sea regatta, and I hope that together we will create a new quality of Baltic Sea races.

The opening will take place on Friday at 6.00 p.m., July 27, at PNC headquarters, near Wisłoujście Fortress. 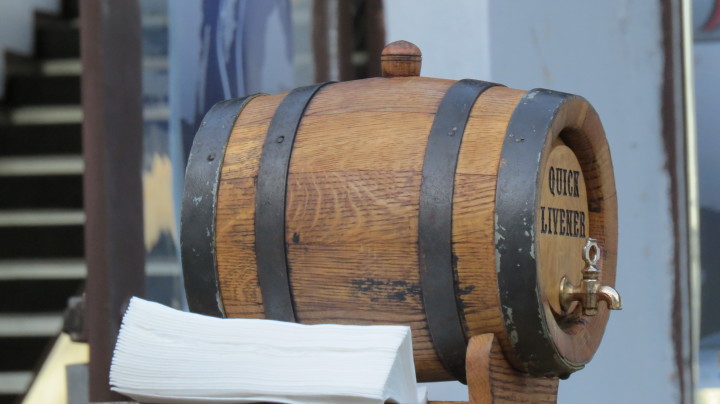 Our special guest at the opening ceremony will be a boar (filled with buckwheat and potatoes) and infamous Q/L barrel.

All sailing enthusiasts are welcome to join us!